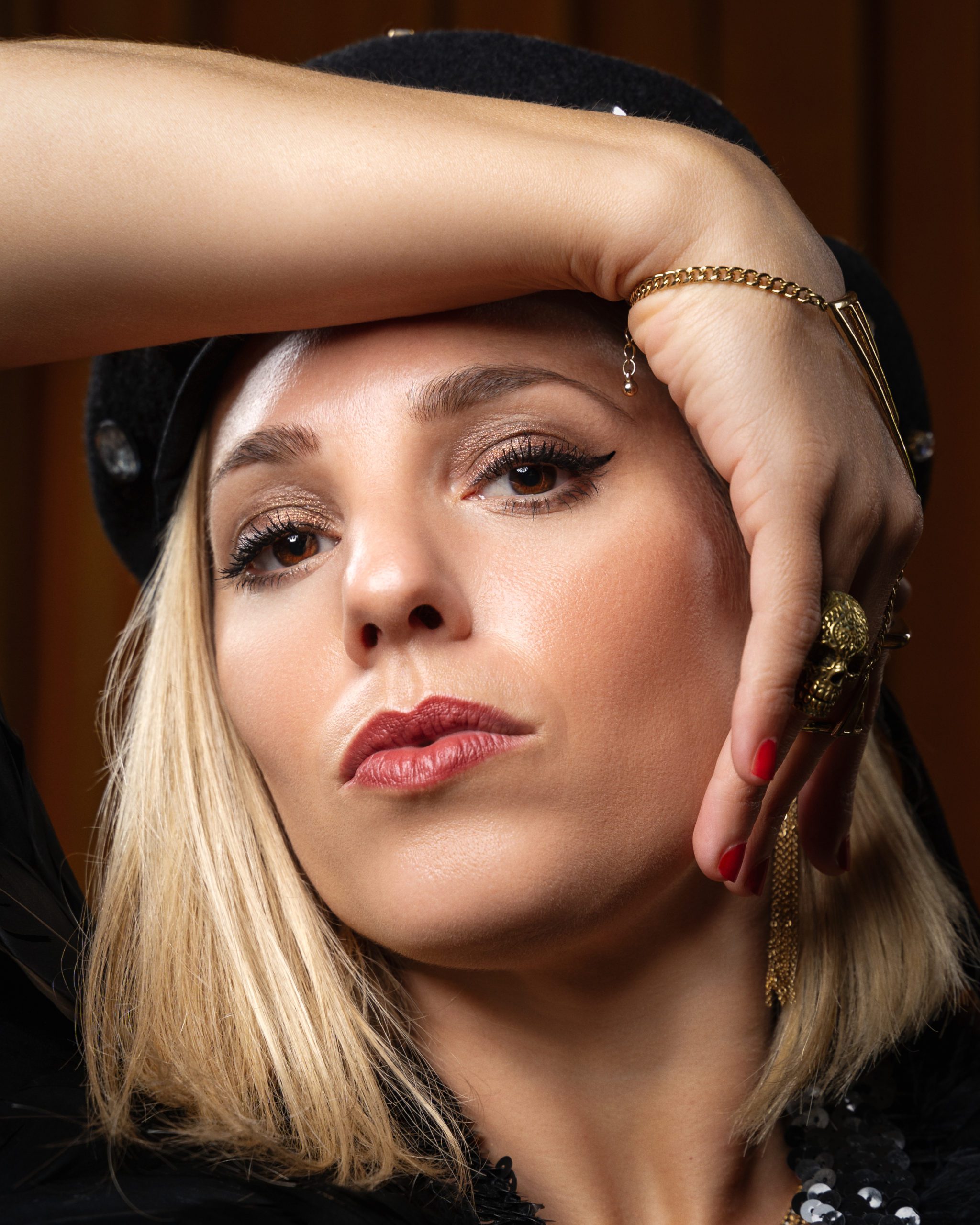 MALKA ﬁrst made waves on the music scene as Tamara Schlesinger, the frontwoman of acclaimed alt-folk collective 6 Day Riot and also as a proliﬁc songwriter. Her past work has been included in a host of high-proﬁle syncs for TV series and Hollywood blockbusters – most notably Skins, Scream 4 and 127 Hours. Tamara is also the founder of the all female/non-binary Songwriting Collective, Hen Hoose.

Now as MALKA - she weaves mesmeric percussive rhythms among a charge of irresistible call and response chants, she explores a carnival of global sounds.

Her highly praised albums have received steady support at BBC 6music from the likes of Lauren Laverne, Chris Hawkins and Steve Lamacq, BBC Radio 1 and recent syncs on The Home Depot advert and MTV Catﬁsh, along with various TV and Netﬂix series.

She has also received critical acclaim in high proﬁle press such as The Independent, The Line Of Best Fit, The Skinny and Drowned In Sound and she has played numerous live shows, from stages at Glastonbury and Bestival to support slots with Deacon Blue, Tim Minchin and Belle and Sebastian.

'I'm Not Your Soldier' was released in march 2020 to wide critical acclaim and received consistent radio play at BBC 6music and BBC Radio 1. She is currently writing and producing her new album, which will be released late 2022.