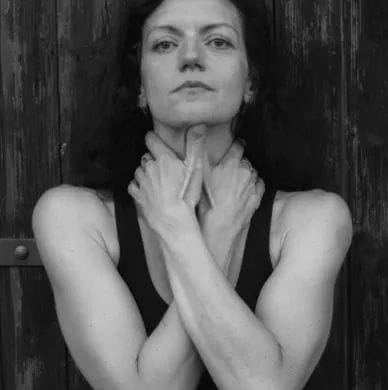 Olga Stehlíková works as a freelance writer, editor, and critic with a focus on contemporary Czech literature. She has founded the Ravt on-line magazine (www.itvar.cz/ravt) and works as book editor. She has put together dozens of books of poetry and prose for various Czech publishing houses and her poetry has appeared in many Czech and foreign literary magazines.

In 2018 she became the winner of the first Tvárnice Prize for Literary Critic of the Year for her critical work. Her debut book of poetry, 'Týdny' (Weeks, Dauphin 2014), won the Magnesia Litera Book Prize for poetry. Her second collection of short poems, 'Vejce/Eggs' (Couplets), was released in November 2017, along with an LP with Tomas Braun’s music. Her third book of poetry is 'Vykřičník jak stožár' (Exclamation Mark High as a Pole, Perplex 2018). Her poems have been translated into thirteen languages. She published four awarded books for children. Her new collection of poems 'Zpěv Sirén' will be published in Host publishing house in 2022.