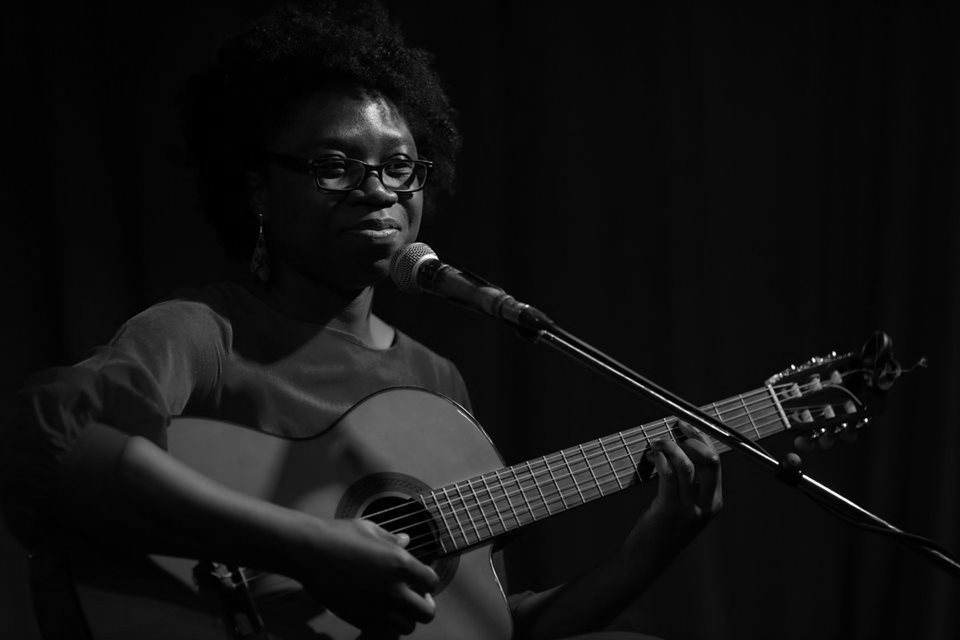 "A 2019 Celtic Connections Danny Kyle Stage Winner, and one of the “most note-worthy performances” at the 2019 Kintyre Songwriters' Festival, Djana Gabrielle is a French-Cameroonian singer-songwriter who has been honing her craft on the Scottish music scene for a few years now. She released her debut EP, recorded in Glasgow, in late 2015 and toured around the UK and Europe to promote it. In 2018, she took on the challenge to write, record and release a brand new song each month, which earned her a "New & Notable" feature on the American music platform Noisetrade. She now focuses her work on songwriting and theatre projects, while playing shows and gearing up for her next release, hoping to introduce her soulful, soothing and melodious sound to new audiences in Scotland and beyond"